In a global economy with a million-fold of complex transactions, communications in multiple languages, passwords, encryption, high energy managerial perpetrators, it is extraordinarily complicated for regulators to investigate and gather all the facts to expose and prove complex misbehavior cases. Regulatory authorities know that they cannot be active everywhere all the time, and are realizing that whistle-blowing is a crucial source of intelligence to identify wrongdoing and risks to the public good. The status and protection of whistle-blowers is rapidly increasing.

”The world will not be destroyed by those who do evil, but by those who watch them without doing anything.” Albert Einstein

SUISHARE reaches out as a truly independent entity, for all Stakeholders, particularly employees, to confidentially talk to us. SUISHARE offers a confidential reporting possibility in order to collate information of suspected misbehavior and wrongdoing in a company, as a basis for ensuring appropriate corrective measures being taken.

We particularly support company employees who fear that traditional company internal “misbehavior reporting” processes are geared more at covering up misbehavior than effecting real correction measures. Many companies still under the misapprehension that whistle-blowers are people who bite the hand that feeds them and then want to insist on continuing with the banquet.

SUISHARE offers a confidential route by which to report misbehavior, assured in the knowledge that the whistle-blowers identity will be protected. SUISHARE will be the face to authorities, assisting to escalate the issues to relevant regulatory authorities around the world. SUISHARE will ensure that the whistle-blower receive appropriate monetary rewards offered by regulatory entities.

SUISHARE aims at promoting a division of powers within companies, in order to ensure appropriate governance and oversight models for the 21st century. Where companies have adopted the SUISHARE supervised governance model, misbehavior in many cases will be mitigated by the correct division of powers, a truly independent audit as well as SUISHARE’s supervision over processes and people, ensuring gold standard governance and measures for the early identification and correction of misbehavior.

You can send us an email with the issues you would like to highlight directly to: confirep [ @ ] suishare.com
(we recommend you use your personal email address) 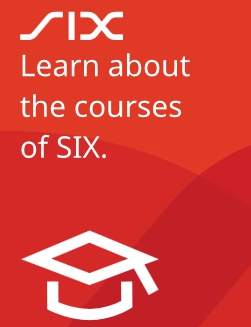