After a long hike through the multi-floored warren one arrived at the meeting space which was generous and size and well set up.

Mr Axel Weber began with a very good speech, but half way had problems with continuance and needed the assistance of the teleprompters. However both his and Mr Emotti’s speeches were strong and inspiring. Based on the speeches SUISHARE colleagues gave a thumbs up. Unfortunately only briefly as once the questions began, a dirty underbelly was exposed, highlighting that an increased diligence is required in selecting ones partners and investment targets to avoid moral hazards. Many shareholders seem to be concerned with investments in environmentally harmful companies and their destructive practices.

Quite soon after the meeting it was not possible to rewind the webcast to confirm a comment from Mr Weber where he seemed to have commented that UBS was commended on its environmental efforts for being at the good end among the bad actors? We look forward to a transcript.

Some questioners were very proficient while others should have kept their questions shorter and to the point so that their question could be applauded rather than their departure from the podium. Mr Struchen is to be praised as he does ask some good questions and makes pertinent points.

The AGM venue was impressively decorated in blue with a lot of audio-visual enhancements. Shareholders however seemed to be wanting substance.

Newspapers have been calling the Credit-Suisse leadership tone deaf, having tin ears, and just to prove them right the CS leadership acted as if they were teflon coated. Seems as if their personal well being was paramount to that of their employees, customers or shareholders. Added to this The Chairman and CEO merely performed behind teleprompters, so if they are competent or not – shareholders were unable to determine.

Though the Greenpeace activists chose an interesting way of making their point, and livened up the AGM for a moment, on many shareholders minds was the question “what if a dozen people with machine guns had hid up in the rafters” and were intent on causing havoc? In other words, is this what happens when you save costs in the wrong places.

From the comportment of the Baloise leadership, the energy they exude, their body language, all expresses the values and current success of Baloise. Impressive leadership, impressive results.

The Conference Center, Messeplatz, Basel, is proving to be an exceptional venue.

Once again the venue was at Conference Center, Messeplatz, Basel. The atmosphere was very relaxed. Check in was on the first floor, and voting machines were the same as used by Roche. They were very easy to use. There were only 482 shareholders in attendance.  Rudolf Wehrli, Chairman, gave an excellent overview of the positive results:  the EBITDA margin before exceptional items increased from 14.7% to 15.2%, the operating cash flow increased by 29% to 646 million Swiss francs and the net profit rose by 16% to 263 million Swiss Francs”. Mr. Wehrli then gave an overview of what he perceived were the risks to Switzerland as a base for multinational companies, particularly the many referendums between 2013 to 2016 that he perceived to be making Switzerland unattractive such as the 3 referendums concerning wages, tax reforms, old age pensions, health insurance, and a more green economy. SUISHARE would argue that if its oversight proposals were followed than the symptomatic referendums Mr. Wehrli was addressing would not largely be initiated. The wage referendums for example were symptomatic of the unbridled salaries of a few top executives with associated lack of accountability and transparency.

Hariolf Kottmann, CEO, gave a very good overview of the specialty chemicals industry, the mergers and aquisitions that typified the industry in the last year, and challenges ahead. With a constant positive growth since 2008, the future looks positive. There were only a few questions, and the shareholders showed their appreciation in the positive voting results.

Following the AGM Shareholders were invited to a lunch with an excellent selection of drinks and dessert. And extremely impressive was that Mr. Wehrli, Mr. Kottmann and the Clariant leadership were present to meet and discuss issues with Shareholders.

Entry into the venue at Conference Center, Messeplatz, Basel was smooth and efficient and there were some light refreshments before the meeting. The Chairman Mr. Franz opened the meeting with an engaging speech, and proved to be an excellent speaker, erudite and extremely knowledgeable. And there was not a teleprompter in sight. Mr Schwan then gave an overview of the Performance of Roche, and then gave a highly informative, educational and extremely well received speech about Cancer research and the future outlook for conquering the disease. The Roche Leaderships competence was more than evident during question time where questions were posed spontaneously by Shareholders and exceptionally well answered. The Roche Leadership additionally proved impressively that they knew the Annual Report precisely and could refer to relevant pages practically without consulting the document itself.

Overall a morning well spent, and fellow shareholders we spoke with were really energised about the work Roche was doing. Surprisingly after the meeting Shareholders were invited to a hot meal with an excellent selection of drinks and dessert. 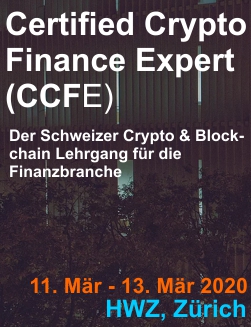