The Swiss Shareholder Association (SUISHARE) is concerned that there is still not enough being done to correct the gender imbalance in some Companies. To this end we have established a database to identify potential woman candidates for Director Roles and are doing the same to identify qualified women Senior Managers.

Women in Management: a Delusion of Progress

Though the advancement of women has been a “priority” of corporations for over 25 years, the ratio of women in top jobs has remained virtually unchanged and in many organizations and early progress has given way to a stall or decline.

Especially disconcerting is that after 2 decades of aggressive efforts to “create” opportunities for women, inequity remains entrenched. Resolving this problem is also about cultural change and transparency, goals that are not only time consuming but that also require strong leadership and tenacity.

The imbalance of women in management represents a lack of openness and the absence of transparent dialogue, which equates to a significant opportunity cost for companies, who must remain competitive in the face of the new dynamic global marketplace. Companies handicap themselves by failing to tap into the entire available talent pool. This change requires leadership. By continuing on the “way we have always run this company” boards and executives reinforce mediocrity and leave significant performance potential on the table.

SUISHARE’s position is that there is a huge opportunity lost in respect of competitive advantage. We agree with the McKinsey survey that found the profitability of companies with gender-balanced senior teams outperforms the industry average by over 34 percent. In knowledge-based industries in particular, cultures with collaborative and inclusive leadership styles have been credited with consistently superior performance and increased innovation. That women excel at this leadership style is well documented and undisputed.

At present more women are graduating from university then men, and thus the talent pool of competent women is richer than ever. By not properly considering women, companies are potentially excluding this potential.

SUISHARE will encourage firms to consider how their talent management processes and “diversity initiatives” contribute to the problem. Assumptions about demographics and life choices—women leave to start families; women don’t aspire to upper management have become handy excuses for gender inequity in the management ranks.

SUISHARE’s discussion boards are open for enhanced exchanges of ideas on this theme as well as many other topics, and our anonymous misbehavior reporting line welcomes any contribution that people of conscience would like to bring to our attention. 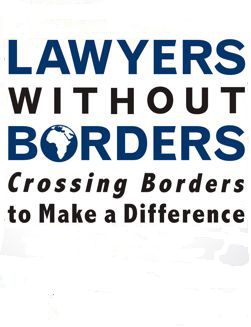