Perhaps ones conscience does retaliate, and the ghosts of people / customers that have been mistreated come back to haunt. What else can be the reason that so many Zurich insurance executives have killed themselves over the last few years, from the suicide of the CFO Pierre Wauthier and CEO Martin Senn being the most prominent?

We look forward to the culture and behavior of Zurich insurance changing under the new CEO. However the Board remains the same, the Board who wanted to go against the laws promulgated to prevent Golden Handshakes, by giving the outgoing CEO a share award on departure of up to 7.8 mio CHF. Once again underlining why the SUISHARE proposals regarding Corporate Governance and the Minder Laws against golden parachutes need to be strictly implemented. Shareholders are adamant not to be pickpocketed by “pay for failure” gifts. This share award illustrated the lack of deference of the Zurich Board to the law and the wishes of Shareholders.

SUISHARE intends to investigate issues that have come to its attention as well as conduct a pulse check on employee satisfaction, the current corporate culture, behavior of the board, and particularly the treatment of customers. SUISHARE will also provide a platform so that Zurich employees can directly bring abuse and misbehavior issues, fast and unbureaucratically to SUISHARE’s notice. Unhappy employees and alienated customers will result in no shareholders, and a worthless company.

One of our favorite stories, to just highlight an example of Zurich Insurance behavior and pettiness:

Insurance company refuses to pay out after robbery.

by Lea Blum – A Chestnut stand in Zurich was burgled. The insurance refuses to pay for the damage – although the owners have paid premiums for 20 years. 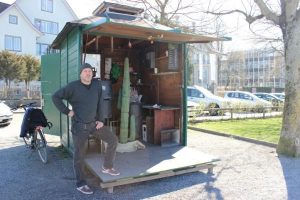 Strange that when the insurance contract was concluded, and premiums collected over 20 years, Zurich Insurance knew exactly what the structure was that they insured! In the insurance policy, which existed since 1994 and renewed every five years in each case, insurance for burglary and robbery of a: “Chestnut Stall and its contents”.
For more than half a year the owners of the Chestnut Stall fought Zurich Insurance with the help of legal advice, experts and even a demand by the Ombudsperson. Zurich insurance refused any payout.  “The whole thing has cost us a lot of time and nerves,” says one of the owners.

Only after newspapers began to report on this story did Zurich compensate the owners. However – with a rather odd comment, Zurich Insurance wrote “we pay the damage as a gesture of goodwill.”

We would invite employees and other stakeholders to use SUISHARE to report any information or feedback that would assist in returning Zurich Insurance back on the path of success based on good governance and ethical principles. Please read more about how you can assist by reporting incorrect behavior here: WHISTLE-BLOWING: A civic duty

A specific Zurich Shareholder (& Stakeholder) Association SUISHARE sub-website will be launched in the near future .