If we had Jamie Foxx playing Tidjane Thiam, and Shahrukh Khan playing Iqbal Khan, we could make a really great movie. It would be a saga involving corporate spying, car chases, personal vendettas, suicide, boardroom battles, backstabbing, currying up to your boss by moving in next door, then having a major fallout evolving into personal animosity, and some fight scenes.

Great for a film, but not for the leadership of a major Swiss Bank. Though Tidjane Thiam is one of the worlds top bankers, the pettiness and hiring of private detectives to spy on former staff completely undermined the gravitas of leadership.

So today, Friday 8 February the Credit Suisse Board announced that it had “unanimously accepted” Tidjane Thiam’s resignation and that Thomas Gottstein, the head of Credit Suisse’s domestic business in Switzerland, will take over as chief executive.

Actually there were 3 major groups of Investors, those that thought Tidjane Thiam must go, those that were unenamoured with how the Chairman Urs Rohner handled the issue, and the third camp that would have preferred to see both the CEO & Chairman go.

Perhaps the final straw was that not only had “private detectives” stalked Khan who was on leave from Credit Suisse (because of a fall-out) before taking a job at arch-rival UBS, in what Credit Suisse claimed was a one-off incident but recently admitted the bank’s former head of HR, had also been tracked. Rohner said that the emergence of the second spying case had “made the situation worse” and had forced the board to act.

With Khan, CS claimed it hired hired private investigators to follow Khan, amid concern he might poach talented staff from Credit Suisse. Very thin story! Surely this would be done by phone, email, instant messaging?

Khan’s version is that he had quickly caught on that he was being tracked by three men (employed by private security firm Investigo), and the incident mutated into a car chase with his wife through the streets of Zurich ending in a physical confrontation. Investigo has said there was only one man, that it was Khan who did the chasing and that its staff kept their distance.

Matters moved downhill from here; one large investor suggested that Thiam may have been set-up because of racial bias in the Swiss banking industry. This is an extremely distasteful allegation as Thiam did impress the banking industry, as did Iqbal Khan.

An investigation by an external law firm in October formally cleared Thiam of involvement in the Khan spying affair and resulted in Pierre-Olivier Bouée, the chief operating officer and Thiam’s closest ally, being fired over the Khan dispute. It also emerged that a private security consultant who had helped Bouée organise the spying had apparently committed suicide over the affair.

However, the buck does stop at the top, and the reputation of any business can be tarnished by the personal and private behavior of its leaders. The trees that Tidjane Thiam planted as a possible antidote to Iqbal Khan’s noisy house renovations, and provoked Iqbal Khan to attack Thiam at a party  have proved to be very expensive.

Try lying to the US Senate and Department of Justice? 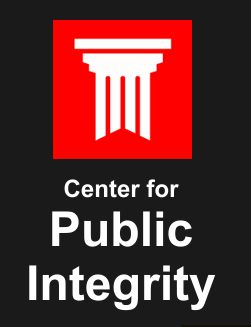